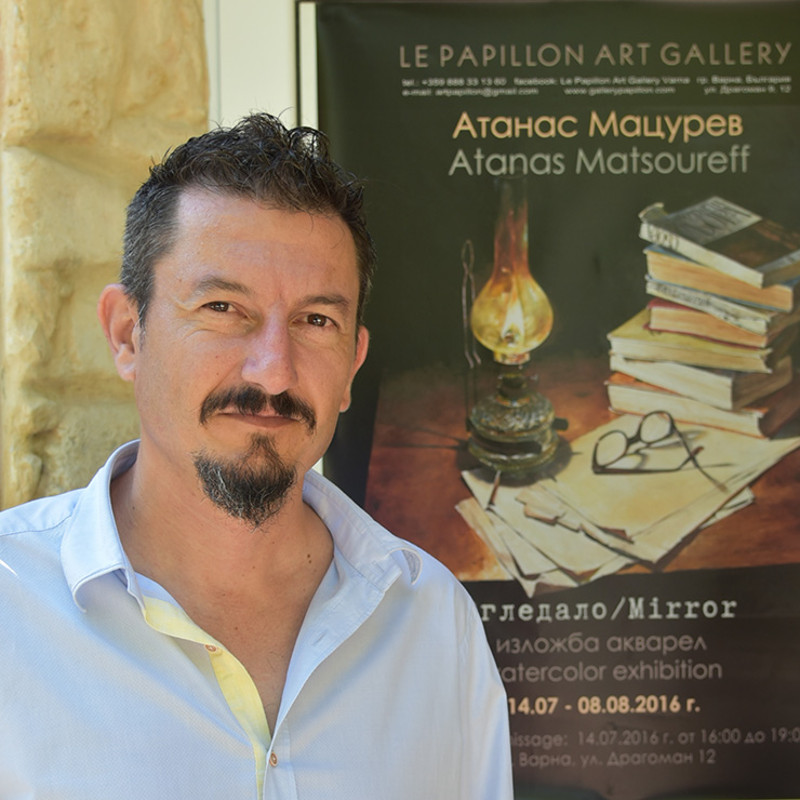 Undoubtedly, Atanas Matsurev is one of the world's best contemporary watercolors. Born in 1975 in Bansko, he lives and works in Sofia. There are over dozens of solo exhibitions. Atanas Matsurev works entirely in the area of watercolor, with favorite themes of his works being landscapes, still life and portraits. The artist is a sought after and respected artist not only in Bulgaria, as his paintings are sought from Moscow to New York. He has won first prizes in international watercolor competitions. His talent is one of the reasons Atanas to be invited to lead master classes both in his home country and in Russia and Turkey.

Member of the International Association of Art IAA, UNESCO

2009 - "You will recognize them by drawing them," Gritta Gallery, Sofia

2010 - "You will recognize them by drawing them," Gritta Gallery, Sofia

2015 - International traveling exhibition of contemporary water re - Interpretation in China

2015 - the Masters of Watercolor forum in St. Petersburg, Russia.