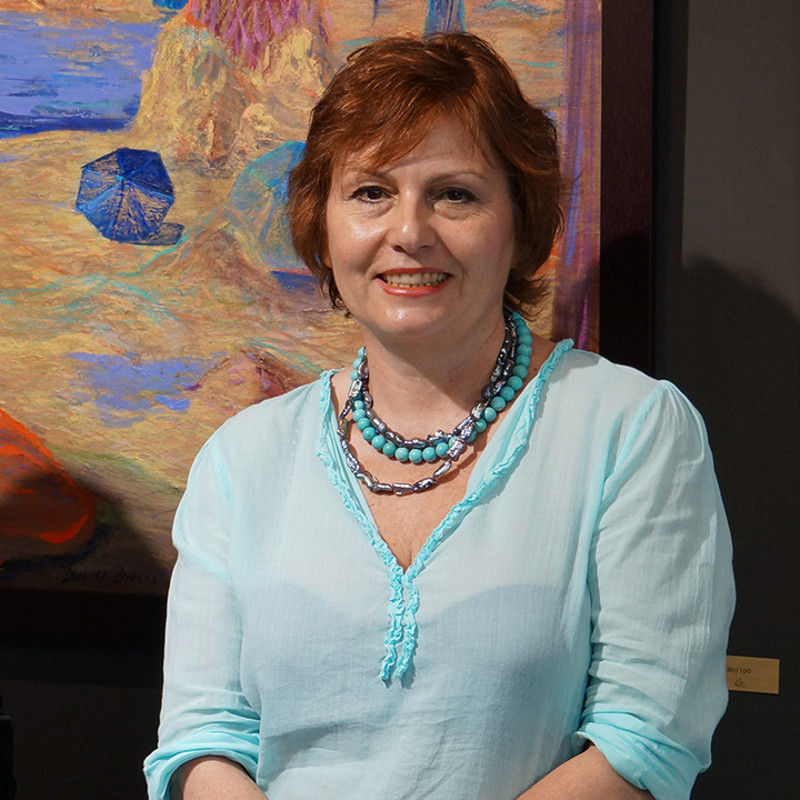 Dolores Dilova was born in 1960 in Pleven. Daughter is the artist Dilo Dilov - one of the most prominent representatives of Impressionism in Bulgarian art. Inspired by her father's worldview and talent, at the age of seven she won a prize for a children's drawing competition in Italy, with jury chairman Henry Moore.

Dolores Dilova is the winner of the first prize in the Young Painting Competition in 1987 and the Prize of the Man and the Sea Competition in 1988, the "Exhibition of the Year" for 1998, the Grand Prix of the UBB of the Biennial of the Small Form , 2008, nominated for the national award "V. Dimitrov - The Master "2013, Big Prize for painting at Bianale" Friends of the Sea ", Bourgas 2014. Her works are at the National Art Gallery and other galleries in the country, as well as in private galleries and collections in France, England, Italy , Germany, Japan, Israel, USA, Spain, Austria, Greece, Turkey, Hungary, Cyprus, Switzerland and others.

Since 1993 she has been a creator and lecturer at the Jules Pascán Art Academy of Fine Arts. In 1997 she won a competition and specialized in Paris, France. In 2003 she is one of the founders of the Women's Lingerie Network in Bulgaria and since 2011 she is a member of the Board of the Union of Bulgarian Artists and Chairman of the Management Board of the Foundation "Art Maintenance in Bulgaria".