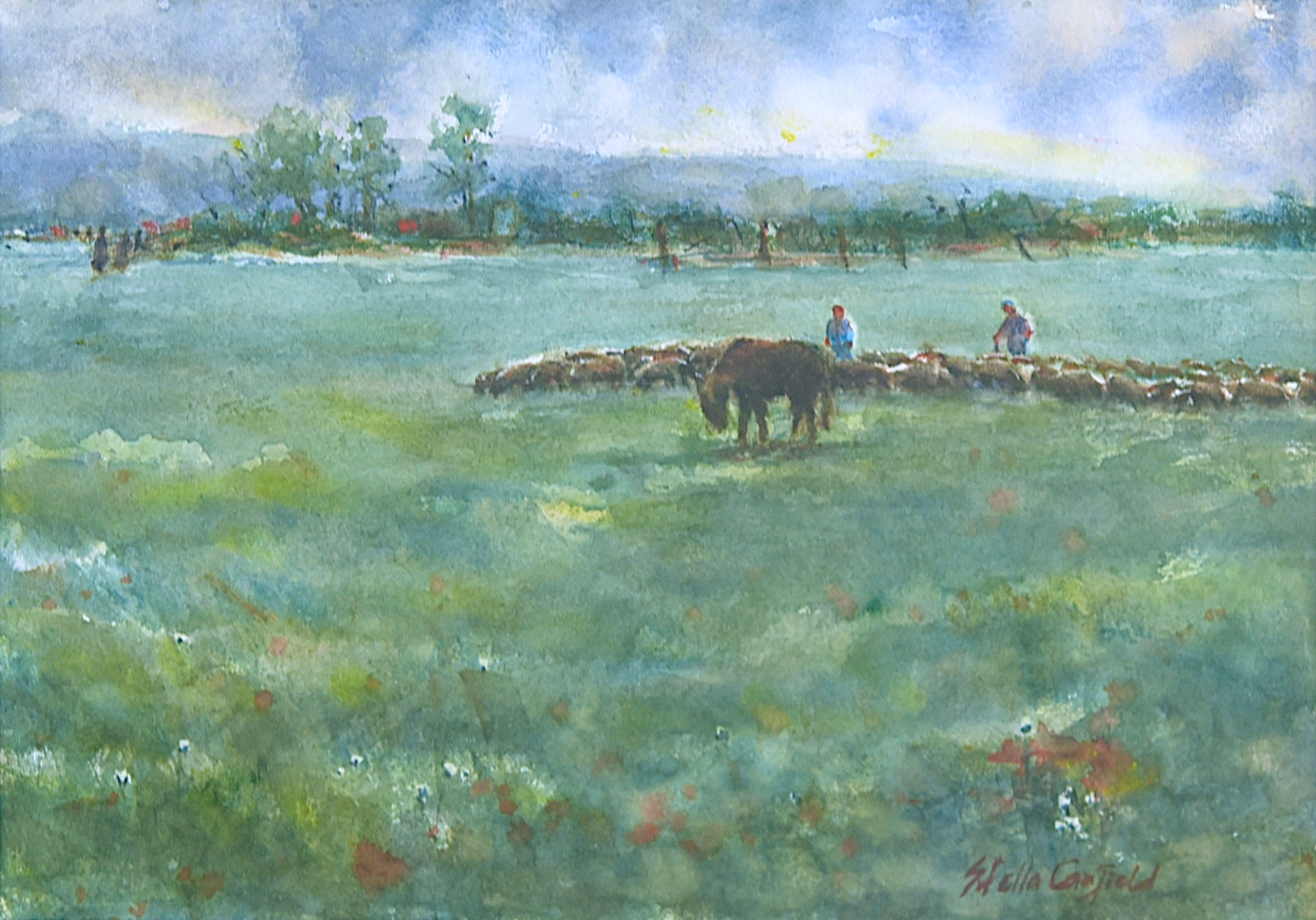 STELA KENFILD Born in Varna. She graduated from the Sports Academy, Sofia. She lived and worked for five years in Germany, and in 1985 moved to the United States. The first thirty years of his life devoted himself to sports and achieved significant successes as a national competitor in academic rowing. In Germany he is involved in ceramics and this marks the beginning of her artistic career. A fan of a watercolor since her childhood, she became an avid follower of this exciting fine art. She works with some of the best American watercolors, such as Milford Zorns, Serch Hollerbach, Carla O'Connor, Frank Webb and many others. She teaches watercolors, participates and reviews expositions initiated by fine arts organizations in the US, Europe and Asia. In 1998, She opened her own gallery in Cupville, Washington, USA. In 2000 Stella Kennfield founded the Star Foundation for the Arts to support children deprived of parental care in Bulgaria. Funds are raised by organizing watercolor courses for US artists who visit plein airplanes in Bulgaria, Georgia, the Czech Republic and Switzerland. Since 2002, Stella has been invited to teach watercolors every year at Daniel Smith, one of the world's leading manufacturers and sellers of art materials. The company buys her work for her permanent collection and spreads her DVD "Explaining the talent myth" in her store network. Her paintings are in private, corporate and museum collections in America, Europe and Asia. The artist's work and contribution to American art are published in Carlin Holman's book "Watercolor - Duch of Spontaneity". Her biography is included in "Who's Who in America?" And "Who's Who among America's Wives?".