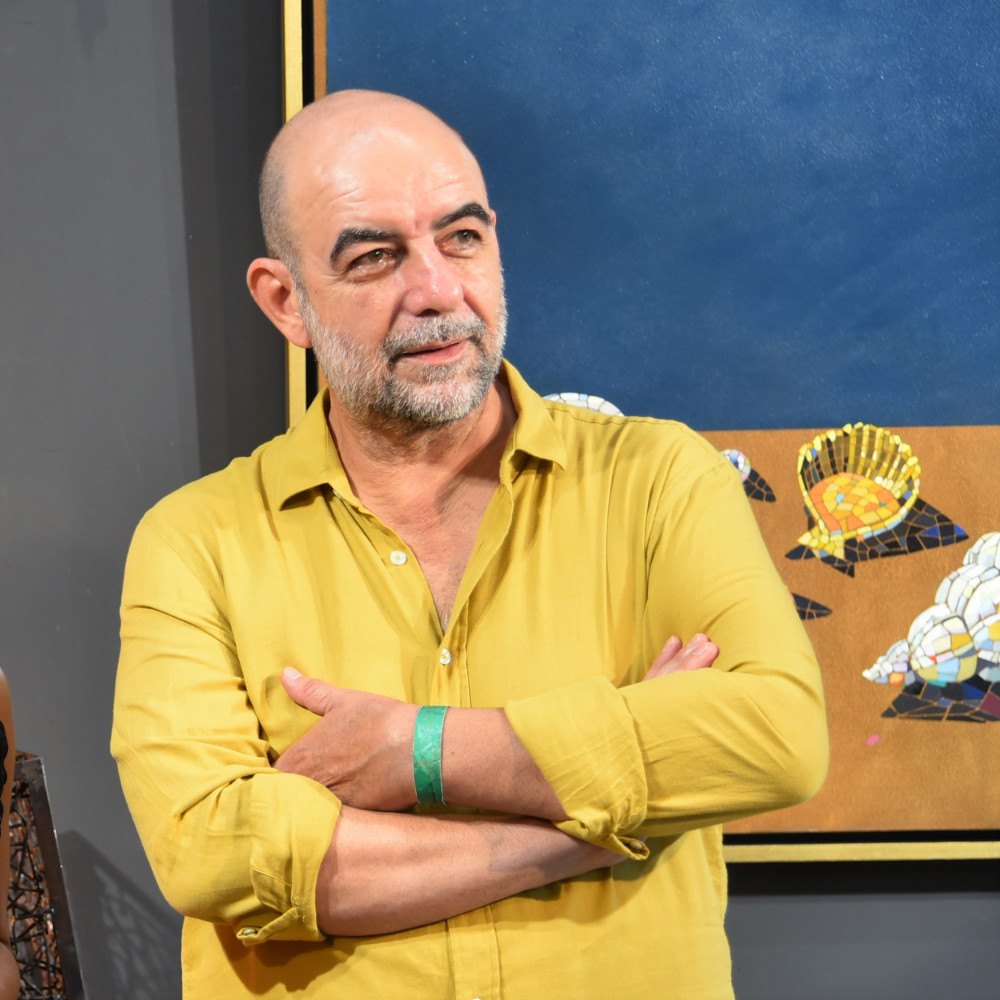 Valentin Angelov was born in 1961 in Sofia. He graduated from the National Art Academy "Nikolay Pavlovich" - Sofia, specialty "Graphics". She teaches advertising design and visual communication at Bulgarian-Danish College, Sofia. He has organized dozens of solo exhibitions in Bulgaria and abroad. He creates animated short films and is the author of the hat of the 90-year-old Ku-ku, Hashove and many others.

He works in the field of graphics, advertising, illustration and painting. Valentin Angelov's works are inspired by ancient, mythological and philosophical themes, which he recreates by combining real and iris images. His canvases are owned by the National Art Gallery, the Sofia City Art Gallery, as well as private collections in Bulgaria and abroad.

Winner of the First Prize from the Biennale of the Painting in El Ferrol, Spain (1988).